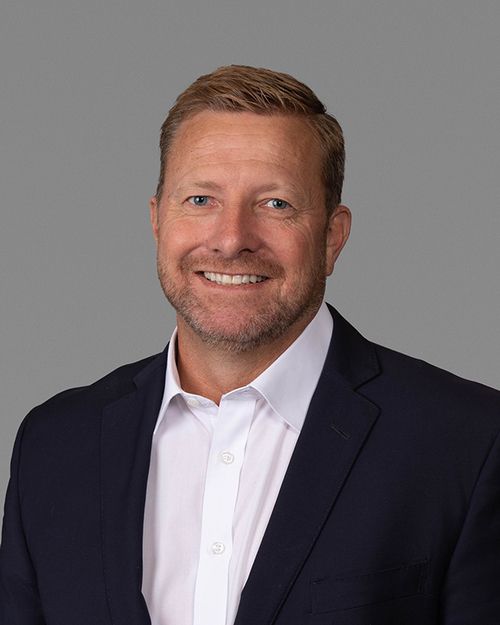 Lead Pastor
Scott was born in Jacksonville, Florida, and grew up nearby in Orange Park. He married Leslie (Dixon) in 1990 and they have three children: Tanner (married to Victoria), Graham, and Sarah Anne. Educated at Brewton-Parker College and New Orleans Baptist Theological Seminary, some his influences are Adrian Rogers, Charles Haddon Spurgeon, and John MacArthur. He became the pastor of Hibernia Baptist Church in May of 2001. 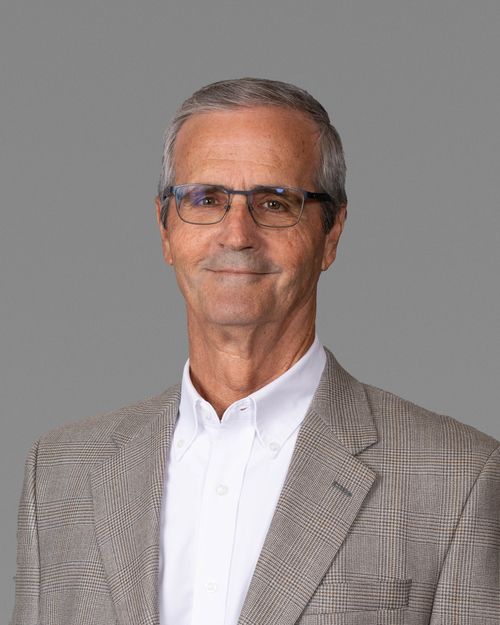 Executive Pastor
Terry was born in Jacksonville, Florida, and raised by parents who loved the Lord -  his father was a pastor and shared his faith in Christ with Terry. After graduating from University of North Florida with a degree in Business, Terry worked in corporate America and was a business owner for 13 years. Terry and his wife, Gail,  have been members at Hibernia since 2005 where he has served in the role of Executive Pastor since 2013. He has been married to Gail for 48 years and has two sons and daughters-in-law, and five grandchildren. 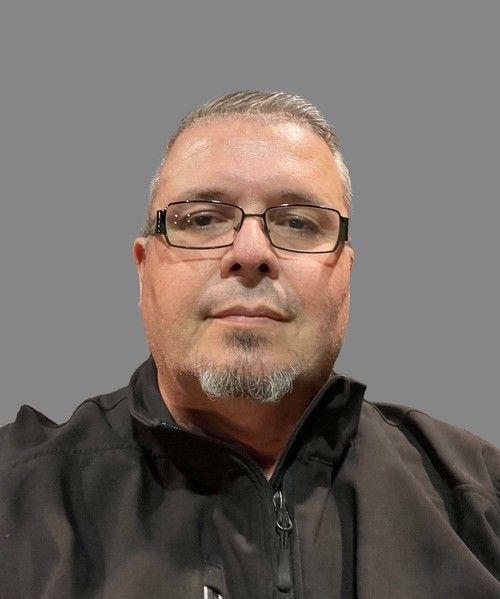 Lead Pastor, Hibernia Español
Before becoming a Pastor, Frank worked  for McDonalds Corporation for 33 years, the last 10 years at an executive level. He is currently completing a Master’s Degree in Theological Studies from Southwestern Theological Seminary.  A native of Puerto Rico, Frank loves reaching others for Jesus with a special passion for the Hispanic community.  He and his wife of 28 years, Julie,  and his son, Jeremy, lead and pastor a beautiful group of people called Hibernia Español - gathering over 13 nationalities every Sunday to praise and worship the one true God.  Frank loves reading, playing guitar, and spending time with family.  Fun fact: He always wanted to be a veterinarian, but became a Pastor. 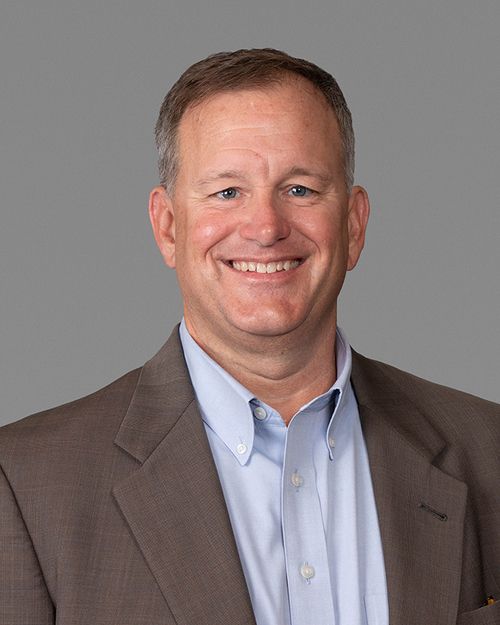 Connections Pastor
David is a native of Macon, Georgia.  He graduated from Southwestern Baptist Theological Seminary in 1994 with a Master of Religious Education and has served in churches in Texas, Louisiana, Georgia, and Florida.  He and his wife, Lynnette, have three grown daughters and son-in-law.  They love to spend their free time walking the beach and old city in St. Augustine, Florida.  As Connections Pastor David helps move visitors from First Time Guests to fully involved members at Hibernia. 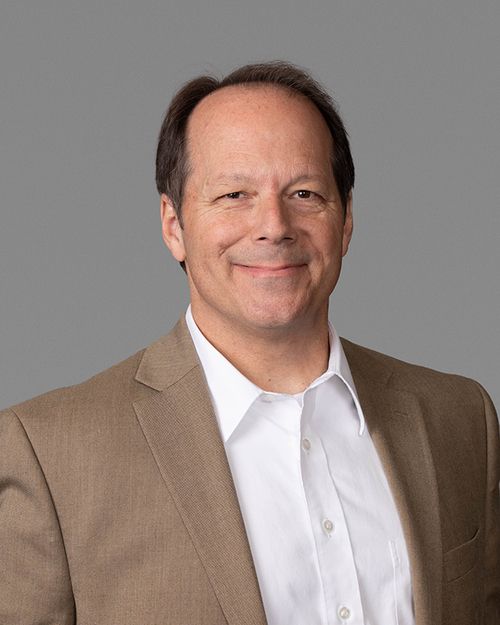 Discipleship Pastor
Bryan received his education from Belhaven University and Mississippi College and graduated in 1987. In the year 2000, the Lord called him out of the business world where he was a homebuilder in Texas and called him to begin building the Kingdom instead of houses. Bryan has been at Hibernia for
15 years and serves as the Discipleship Pastor overseeing Bible Study Groups and the Counseling Ministry. He is also an Elder.
He met his wife, Stacey, during college and married her in 1985. They have two children, son Chris and his wife Ashley, and daughter Lauren and her husband Caleb. Bryan and Stacey have four grandkids, Maverick, Evan, Maddox and Josie Kate. 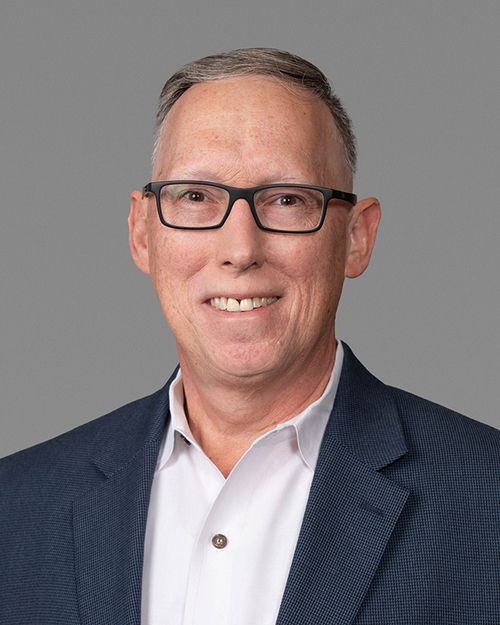 Mission Pastor
Paul and his wife, Olivia, are long-time members of Hibernia. After returning from serving as missionaries in Ecuador with International Missions Board, God called Paul to be the Missions Pastor at Hibernia where he oversees local, US, and foreign missions engagement, partnerships, and community outreach. He also serves as a Bible Study Group teacher on Sunday mornings. Paul loves spending time with Olivia hiking, biking, and just having fun together. He also enjoys sharing Jesus, working on old vehicles, and an occasional ride on his long board. 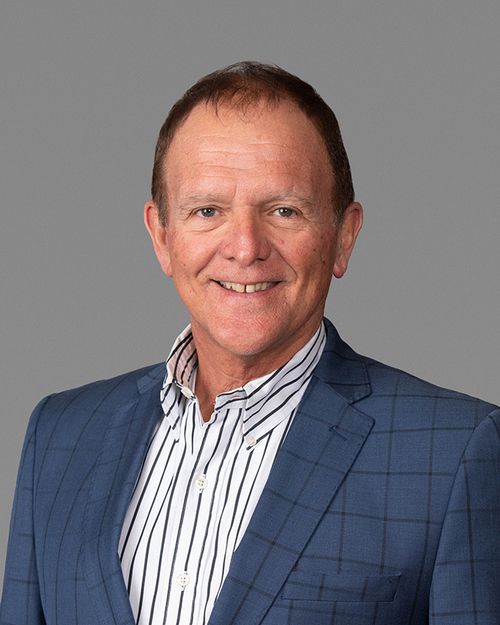 Equipping  Pastor
Archie has served in Music and Evangelism Ministry since 1973 and been the Music, Mens, and Legacy Adult Pastor at Hibernia since 2007. He has been married to Lisa for 39 years and has three daughters: Kimberly, Kathryn (married to Zach) and Julia. Archie enjoys days on the beach with the family, and discipling men and boys through outdoor excursions on the water or in the woods.  Archie feels blessed to be able to enjoy God's beautiful creation and share and teach the Gospel with all! 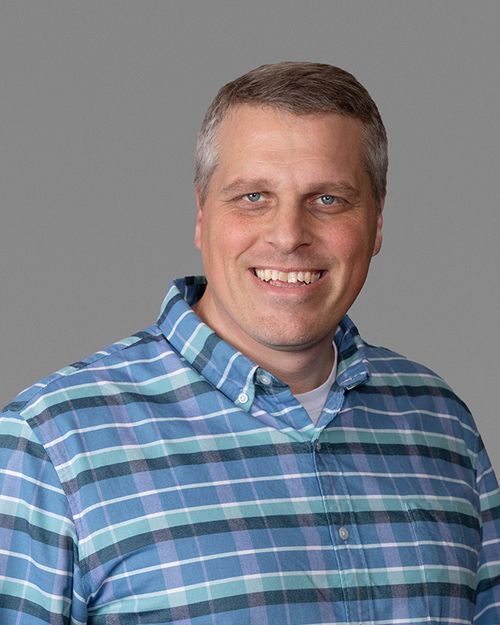 Media and Associate Worship Pastor
Grant grew up in Duval and Nassau County, Florida.  He graduated from Jacksonville University in 1999 with a Bachelor of Music degree and has served in ministry at churches surrounding the Jacksonville area since that time.  His role at Hibernia includes overseeing the presentation of technical and media driven elements of weekly services, leading and training volunteers who operate technical equipment for services and events across multiple ministries, and directing both vocal and orchestral teams in music preparations for services.  He is married to his high school sweetheart, Melissa, and they have three kids, Jake, Molly, & Annie. In his spare time, he enjoys spending time with his family, sports, and reading. 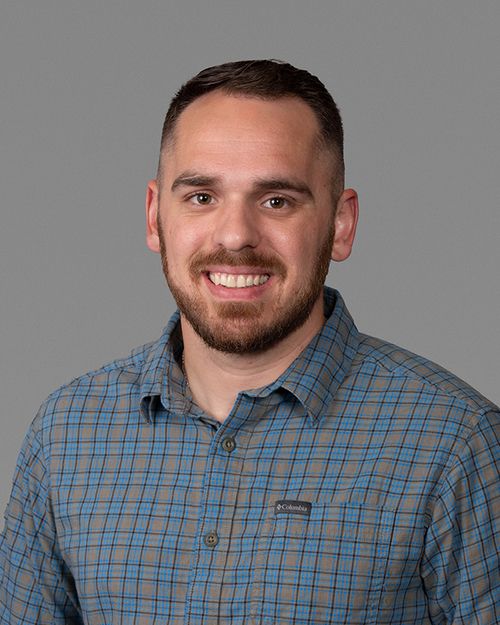 Kids Pastor
Daniel  graduated from Liberty University in 2016 with a degree in Worship and Music Studies and joined the Hibernia staff the same year. He is passionate about serving the kids and families of Hibernia by guiding them toward a heart for God. He is married to his wife, Samantha, and they  have two children, Jovie and Callum. He loves to hang out with his family, beatbox and watch Batman movies, sometimes all three at once.  His favorite Bible verse is John 3:30 "He must increase, but I must decrease." 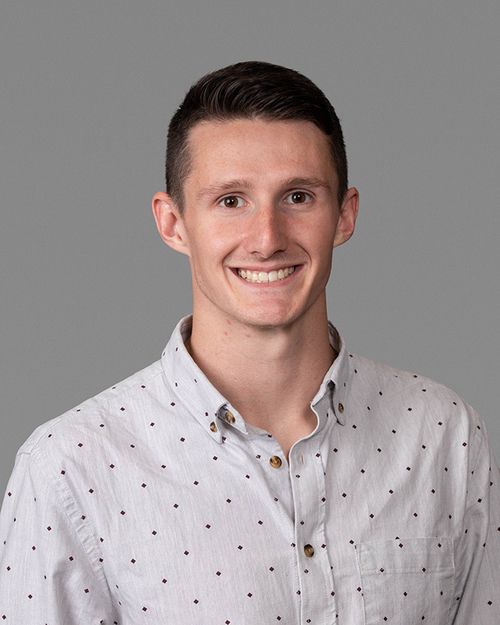 Students Pastor
Kole graduated from Gardner-Webb University with an undergraduate degree in Business and is currently pursuing his Master of Divinity at Southeastern Baptist Theological Seminary. Kole is originally from North Carolina where he met and married his wife, Hannah.  As the Student Pastor, Kole oversees 7th through 12th grade students -  he is passionate about discipling  and equipping  them to pursue the great commission and live as authentic followers of Christ. Kole enjoys basketball, going to the beach, and going on hikes.

Young Adults and Campus Development Pastor
Brian was born and raised in Marietta, Georgia, and is a graduate from the University of Georgia. He is currently pursuing his Masters in Divinity at New Orleans Baptist Theological Seminary. He has been married to his wife, Alyssa, since 2012 and they have three boys William, Matthew, and Jaccob. In his spare time, Brian enjoys physical fitness and CrossFit. 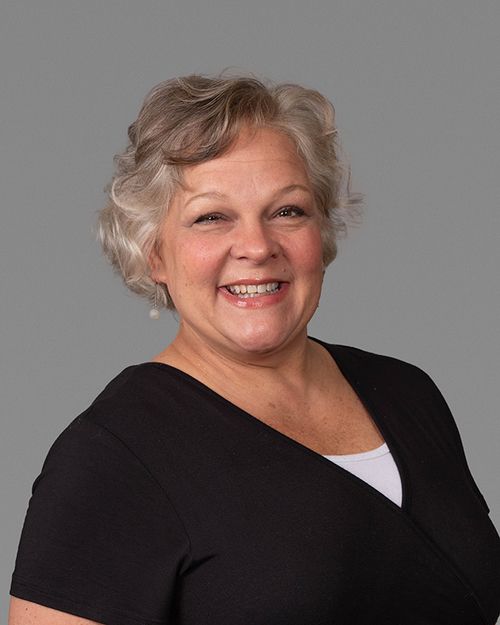 Preschool Director
Coni has a Bachelor of Arts in English and Psychology from Crichton College (now Victory University) in Memphis, Tennessee. She has been the Preschool Director Hibernia for over ten years and is most in her element when surrounded by children, especially Preschoolers. She is a native of Memphis, Tennessee, and has been married to her husband, Craig, since 2003. They have a daughter, Marleigh. Coni enjoys kayaking on the St. Johns River, gardening, and surprising her husband with new animals that "followed her home". They now have six cats and two puppies! 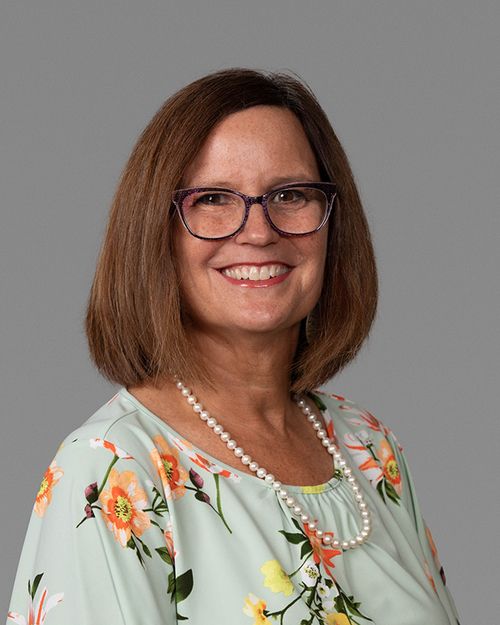 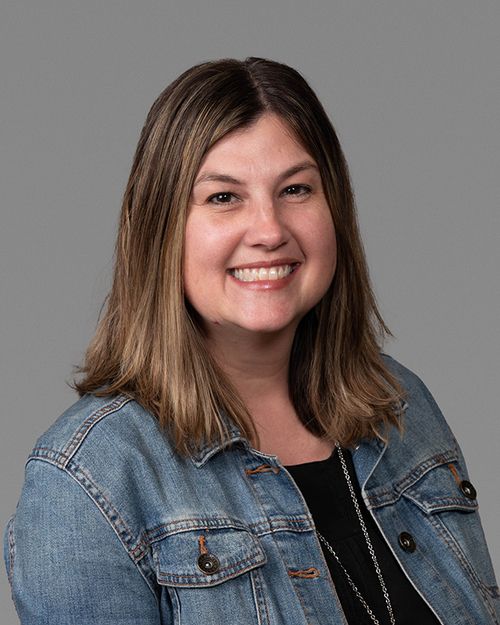 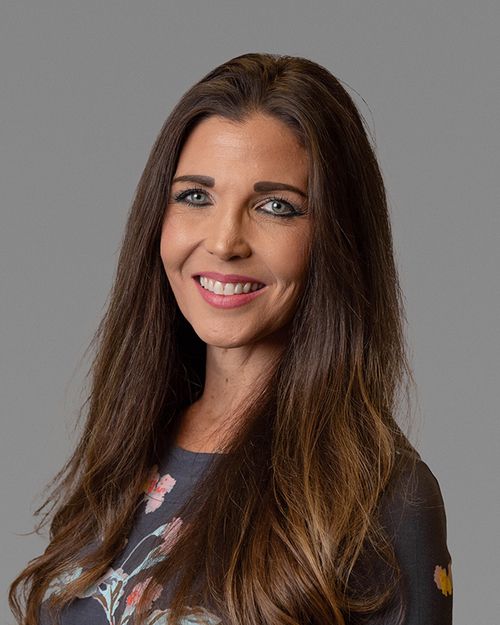 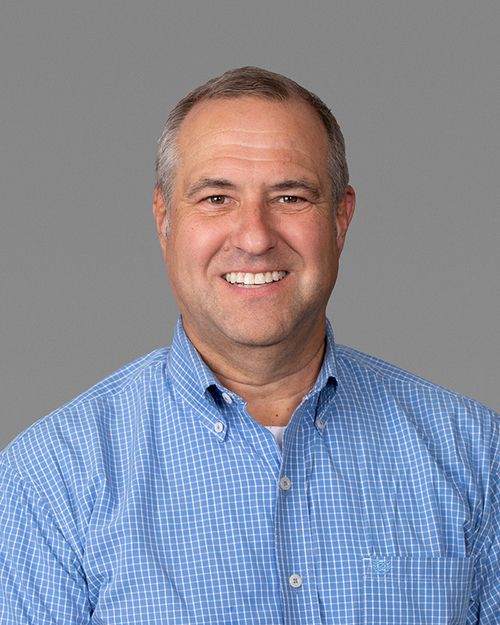 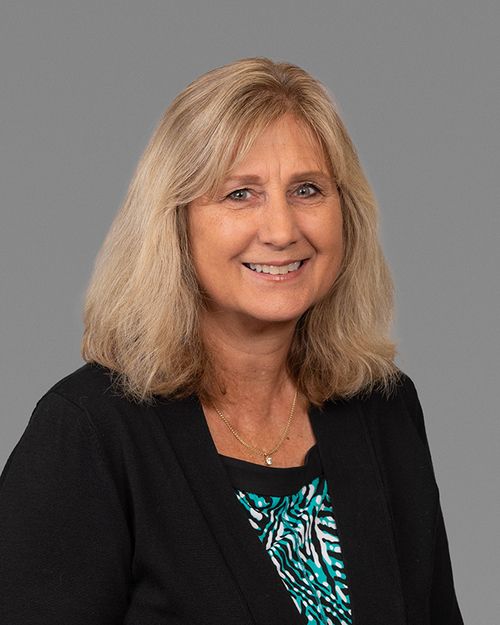 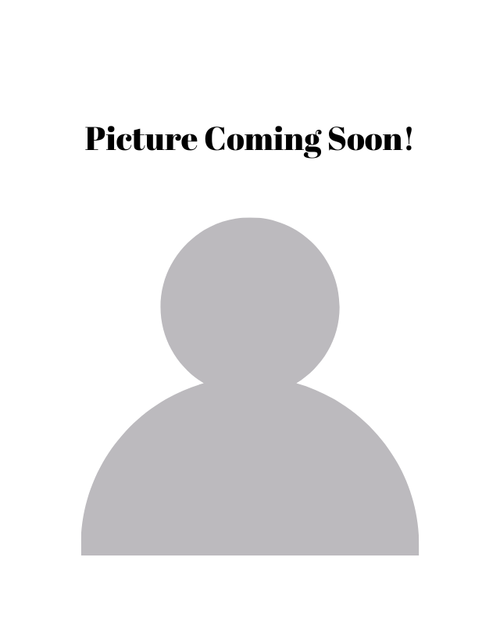 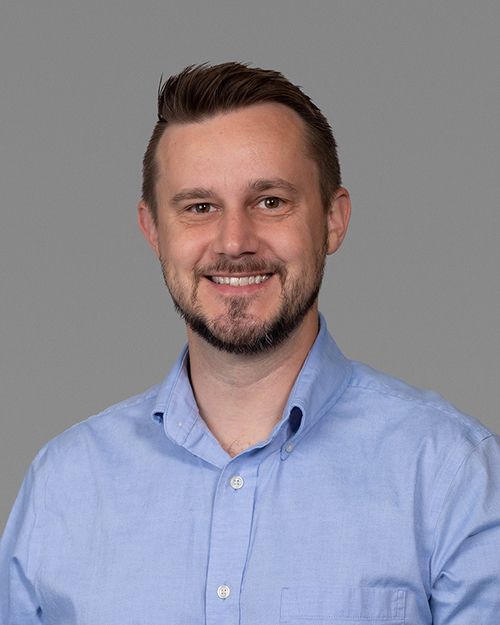